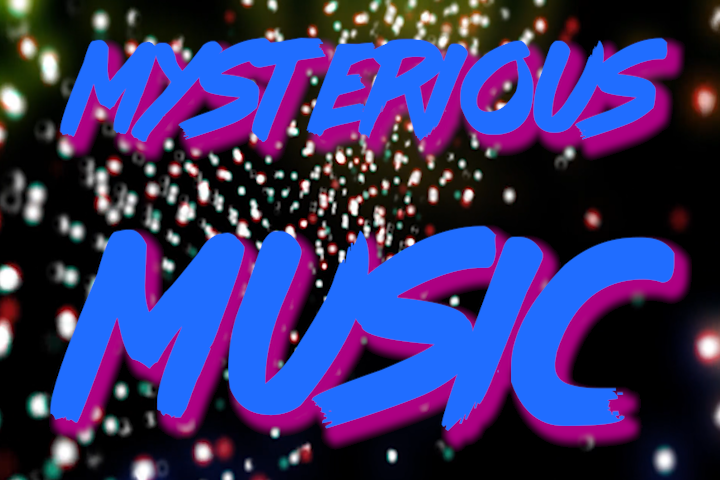 Mysterious Music is a YouTube series in which C. W. Schultz investigates and explains recorded music with an unknown source. Its main theme is “Makro” by Electronic Senses, featured in every episode; and all but one episode (E5 – Single-Copy Albums) features the most prominent unidentified song, “Like the Wind”.

Despite uploading as far back as 2008, Schultz didn’t start releasing content on a regular basis until October 2018. 12 months later, he released Top 10 Most Mysterious Songs and 5 Mysterious Songs That Were Eventually Identified; and after both videos garnered a viewership that focused on discovering and sharing several different types of music, Schultz was inspired to continue the series by covering other unidentified albums, songs and/or musicians.

As of September 8, 2020, there are six episodes of Mysterious Music.

Episode One breaks down songs that were, at the time of the video’s creation, all unidentified. The episode covers a total of 14 songs; 10 in a countdown list, plus four honorable mentions. As of May 31, 2020, four of these songs have since been identified.

Episode Two breaks down a list of formally mysterious songs that have since been identified. Like in the previous episode, the video includes a section for honorable mentions.

Episode Three details Schultz’s intentions of turning Mysterious Music into an ongoing series, and includes updates on songs covered in previous episodes. It concludes with introducing one new mysterious song (“Stay By My Side”) and one identified song (“This Will Be the Last Time” by Zoom).

Episode Four examines the difference between a mysterious song versus a lost song, explaining that the latter is similar to that of a lost artifact, film or literary work; in which credible sources indicate its existence, but no known copy has been found. Another way to look at the difference between mysterious songs and lost songs is that with a mysterious song, a recording has been found, but no information about the artist/band is known; whereas, with a lost song, there’s no recording available, but the artist/band is known.

The fourth installment of Mysterious Music details one lost song and one lost album, as well as a lost song that has since been found. As a bonus, two new mysterious songs are examined, plus an update is given on the “Urusei Yatsura (Italian opening)” decades-long mystery.

Episode Five features albums which only have one copy that exists.

Episode Six is an examination of songs that have been shrouded in mystery due to being associated with an urban legend. Mysterious Music takes a deep dive into the history of these songs, determining if such myths are true, false or indeterminable.

Aside from each episode being open to comments on YouTube, there are also active discussions for the Mysterious Music series on Reddit:

If you know of a piece of music that has not been identified, please fill out the form below: