Drafted is a short war comedy written by C. W. Schultz (credited as Calen Sifferman). It premiered at Shoreline Community College on June 7, 2007 and was performed nightly until June 10, 2007. It was directed by Schultz’s friend Melissa Leland—who directed Is This Thing On?, a film which Schultz was a crew member on (camera operator)—and starred John Decoursey as Liam, Pearl Klein as Mom, Blake Saunders as Will, and Peter Tobin as Bill. The play is a comedy about a young man, Liam, who cuts off his thumb to avoid the draft during an unspecified wartime.

Like Schultz’s previous play, A Peach in Place, the props were quite messy due to the needed amount of fake blood.  To this day, there is still fake blood stains on the stage. 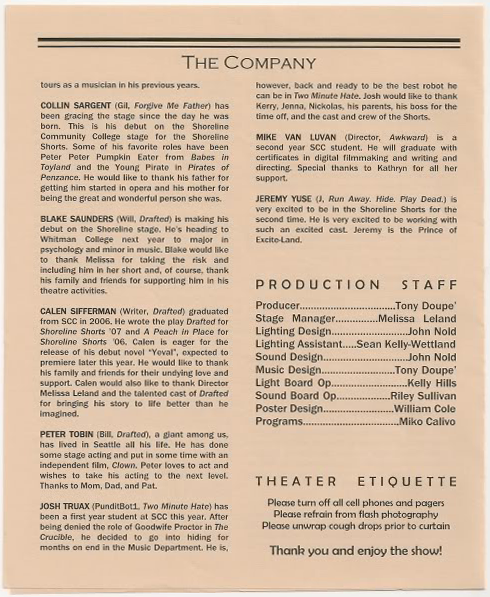 The audience’s reaction all four nights were all favorable, with everybody laughing at all the funny moments and gasping at the shocking moments. Strangely, the only joke that most people in the audience did not get was the famous The Aristocrats joke told by Bill.

The Golden Story of Frederick Turner

The play was submitted to be workshopped and was complimented for its historical background. However, due to budget and sensitive subject matter, the play has yet to find a theatre willing to perform it.

A Peach in Place 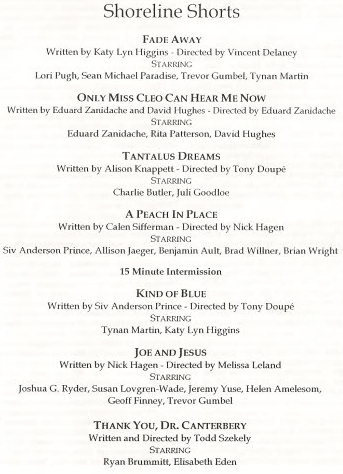 A Peach in Place is a short comedy written by C. W. Schultz (credited as Calen Sifferman). It premiered at Shoreline Community College on June 7, 2006 and was performed nightly until June 11, 2006. It was directed by Nick Hagen and starred Siv Anderson Prince as Liz, Benjamin Ault as Chris, Allison Jaeger as Emma, Brad Willner as Kyle Greene, and Bryan Wright as Ethan. It follows Liz, a beautiful conceited woman, as she finds different ways to bully everyone she communicates with and ends with her being put in her place. The audience’s response was greatly favored every night, with the climatic moment turning into a messy improv that filled the room with laughter. 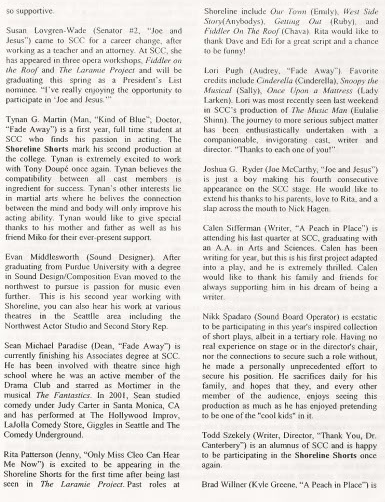 Like Schultz’s following play, Drafted, the props were quite messy due to the pie-in-face gag at the end of the play. The play was slotted at the end of the first act so the stage crew could clean up the pie mess during intermission to avoid the stage floor getting sticky.