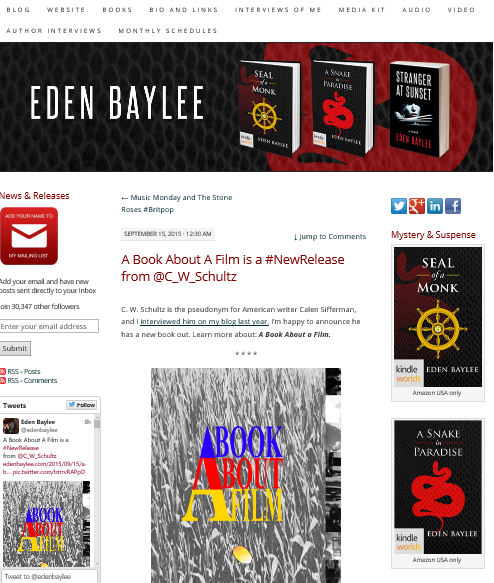 Author Eden Baylee has a very cool blog which features lots of talented authors and excellent new releases. This week she features Schultz’s recently released A Book About a Film, which is the second time he has appeared on Baylee’s site—he was first interviewed by her shortly after Jill’s release. If you are a lit buff, check out her site and titles.