C. W. Schultz’s fourth book A Book About a Film is set to be released in late 2015. Marketing and press releases will be throughout the year.

An academic study on the cult classic The Cornfield People, A Book About a Film not only acts as a novelization of the movie but also dedicates a great amount of its content to the film’s hidden messages, reoccurring themes and haunting obscurity. Some have called The Cornfield People an incomplete film, while others believe it is a true lost film; however, many believe that the film is banned and have pointed out that sites which attempt to host images or clips from the movie have suspiciously removed the content even though there is no trace of The Cornfield People ever being copyrighted.

Paperback and Kindle editions will be available at the same time, but a hardback release is currently tentative. Due to the book’s unique page layout, paperback is the recommended edition and is expected to have a starting price of $16.99 (likely cheaper), with signed copies and giveaway opportunities within the first few months of release. For more information on giveaways and signed copies, please use the contact form.

For other questions or to discuss Schultz’s upcoming release, please feel free to post in the comment section below.

A Book About a Film is ready for copyediting. One step closer to being complete. Schultz’s fourth book had a few false starts beginning in April 2013, and a rough draft was not completed until July 2014, so this is some exciting news. How about hashtagging #ExtremelyFreakingExcited or #OneStepCloser or simply #ABookAboutAFilm?

Check out Eden’s Exchange, a cool blog from Canadian writer Eden Baylee that has a fun interview with C. W. Schultz.

For a limited only, all three of C. W. Schultz’s novels (Yeval, The Pack and Jill) are available now on Kindle for just $1.00! Don’t delay, this discount will expire.

Geekster on Movies, a fun film blog of capsule reviews and prizes, mentions C. W. Schultz’s upcoming book, A Book About a Film.

Geekser on Movies‘ main blogger Randy has been doing thorough research on the same subject that Schultz is covering in A Book About a Film.

Geekster on Movies is the place to be if you like film, want to discuss it with other fans, maybe learn something new about your favorite flick, get a good laugh or two, and perhaps even win a prize. Check it out.

Quick update. C. W. Schultz has reported that the first draft of his fourth book, A Book About a Film, is complete, and it will now be going through some more drafts and revisions before publication. This is exciting news, as we are one step closer to A Book About a Film‘s release. Stay tuned for more updates. 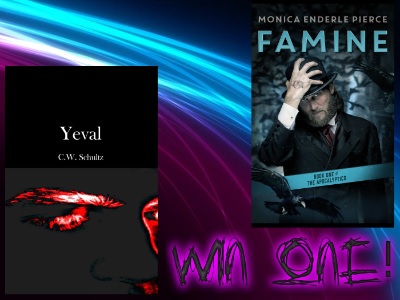 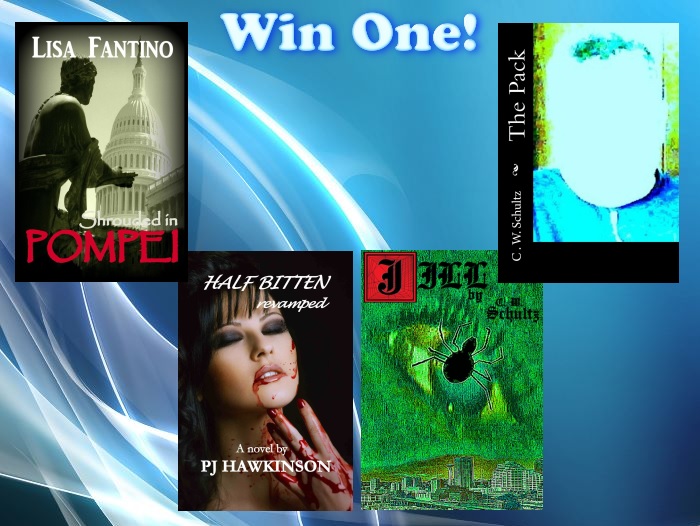 Win a free copy of either The Pack or Jill by playing the Masquerade Crew Book Club’s Mystery Scavenger Hunt.

The Masquerade Crew Book Club is currently having a Cover Wars competition, where readers vote for their favorite book cover on a select list… and all three novels by C. W. Schultz are featured! In fact, you can vote for 10 different covers, not just one! Click here to vote!

askDavid, a really cool site dedicated to community-driven promotions and reviews of books, has listings for some of C. W. Schultz’s works, including: Jill, The Pack and Yeval. Head on over to askDavid to check out Schultz’s books as well as thousands of other great reads!